Would you like to switch to the accessible version of this site?

Don't need the accessible version of this site?

I suffered with back pain for four and a half years.  The pain would always be there - a dull achy sensation and would sometimes crack but it wasn't immense or debilitating.  I tried other chiropractors before coming to Sea Chiropractic but no one could eliminate my pain.  It was just something I convinced myself that I had to deal with - that was until I lifted something heavy and threw my back out.  It wasn't like any back pain I felt before.  After being out of work for a week because of the pain, a co-worker suggested Sea Chiropractic.  Not having much luck with chiropractors before, I was skeptical that the doctors there could "fix me," but maybe they could at least get me working again.

I couldn't have been more pleased with how much the doctors helped me.

Hobbling into the clinic, I was greeted and taken into a separate room where I met the assistant and doctors.  After they completed their examination, I received my adjustment and boy-o-boy was I out of wack.  By my third treatment, I actually started moving again like my old self.  That was as far as the other chiropractors could help me, but the doctors at Sea Chiropractic took it one step further.  They didn't just want to bandage me up and get me out the door.  They actually cared about what I was going through, not only my back pain, but with other aspects of my life as well.

While I was right that they helped me get back on my feet, I never believed any chiropractor could help past that initial pain.  Not only did the back pain leave completely, my emotional well-being improved too.  Battling depression and 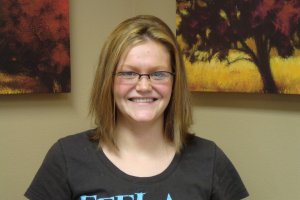 anxiety was one of my struggles.  Once the back pain was addressed, I realized how much the once easily overlooked dull ache in my body was affecting other aspects of my life.

My friends and family noticed an improvement in my mood as well.  As for my outlook on life, it "did a 180."  I have more patience with my son who has attention deficit hyperactivity disorder. I can actually stand to be outside, get out more, and experience less stresses and pressure in social environments.